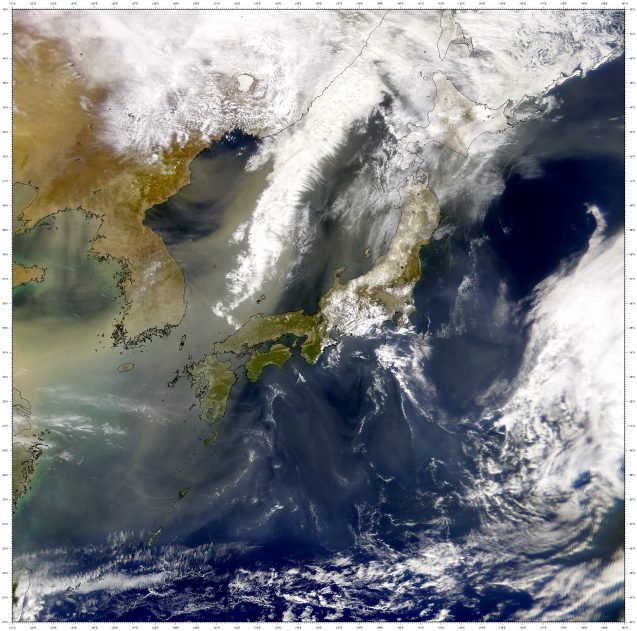 Will Global Warming Bring a Change in the Winds?

Dust from the Deep Sea Provides a Clue.

The westerlies—or westerly winds—play an important role in weather and climate both locally and on a global scale, by influencing precipitation patterns, impacting ocean circulation and steering tropical cyclones. So, finding a way to assess how they will change as the climate warms is crucial.

Typically, the westerlies blow from west to east across the planet’s middle latitudes. But scientists have noticed that over the last several decades, these winds are changing, migrating poleward. Research suggests this is because of climate change. But, scientists have been debating whether the poleward movement of the westerlies will continue as temperatures and atmospheric carbon dioxide (CO2) increase further under future warming scenarios. It’s been difficult to resolve this scientific question because our knowledge of the westerlies in past warm climates has until now been limited.

In a paper published January 6 in Nature, climate researchers from Columbia University’s Lamont-Doherty Earth Observatory describe a new method of tracking the ancient history of the westerly winds—a proxy for what we may experience in a future warming world. The lead author, Lamont graduate student Jordan Abell and his advisor, Gisela Winckler, developed a way to apply paleoclimatology—the study of past climate—to the question of the behavior of the westerly winds, and found evidence suggesting that atmospheric circulation patterns will change with climate warming.

The finding represents a breakthrough in our understanding of how the winds changed in the past, and how they may continue to change in the future.

By using dust in ancient, deep sea sediments as an indirect tracer of wind, the researchers were able to reconstruct wind patterns that occurred three to five million years ago. Knowing that winds—in this case the westerlies—transport dust from desert regions to faraway locations, the authors examined cores from the North Pacific Ocean. This area is downwind from Eastern Asia, one of the largest dust sources today and a known dust-generating region for the past several million years. By measuring the dust in cores from two different sites thousands of kilometers apart, the researchers were able to map changes in dust, and in turn the westerly winds.

“We could immediately see the patterns. The data are so clear. Our work is consistent with modern observations, and suggests that wind patterns will change with climate warming,” said Abell.

They found that during the warm parts of the Pliocene (a period three to five million years ago, when the Earth was about two to four degrees Celsius warmer than today but had approximately the same concentration of CO2 in the air as we do now), the westerlies, globally, were located closer towards the poles than during the colder intervals afterwards.

“By using the Pliocene as an analogue for modern global warming, it seems likely that the movement of the westerlies towards the poles observed in the modern era will continue with further human-induced warming,” explained Winckler.

“In the Earth history record, tracking down movements of wind and how they’ve changed, that’s been elusive because we didn’t have a tracer for it,” said Winckler. “Now we do.”

IMAGE: a dust plume leaving China and crossing the Korean Peninsula and Japan. Researchers studied the dust deposited in ancient ocean sediments in order to understand how wind patterns in this area have shifted in the past. Their findings provide a better understanding of how the winds may change in the future. Credit: SeaWiFS Project, NASA/Goddard Space Flight Center, and ORBIMAGE

Read full story at Columbia University
Back To All News