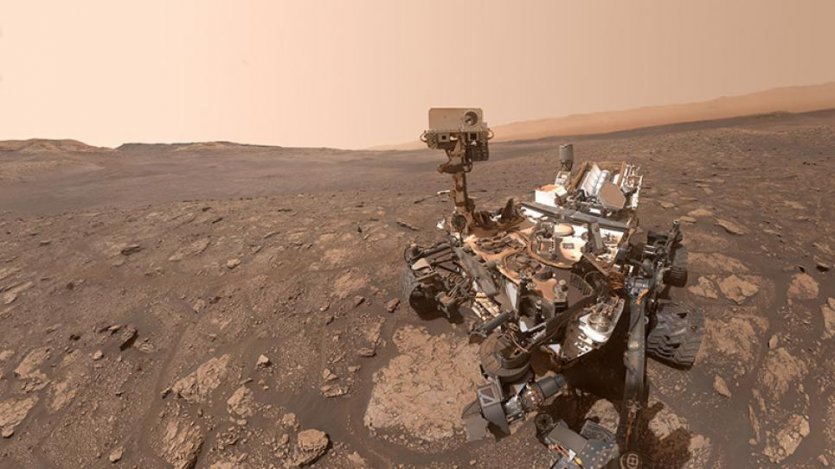 Gathering a decade of accurate measurement data is a major feat in itself, but to do so on a robot travelling around the surface of an inhospitable planet 140 million miles away is almost unbelievable.

But that is exactly what has happened; NASA’s Mars Science Laboratory (MSL) ‘Curiosity’ landed on the planet Mars in August 2012. Since then, the Curiosity rover has continuously collected environmental measurement data that has delighted scientists around the world.

Some of the rover’s mechanical parts are showing signs of wear due to the very challenging environmental conditions on Mars, but the measurement sensors are still going strong, delivering unique data and dramatically surpassing the initial two-year mission objective. Among the most important measurements are humidity and pressure – parameters that are measured by sensors supplied by the Finnish Meteorological Institute (FMI), using measurement technologies from Vaisala.

Mars is dusty and cold, with a very thin atmosphere. The average temperature is about −63 °C, but daytime surface temperature highs of +35 °C have been recorded. From a research perspective Mars offers an opportunity to better understand the ways in which Earth has evolved and how it may change in the future. For example, if Mars and Earth were both wet and warm a few billion years ago, why did they subsequently take different paths?

The Curiosity rover is mobile, which means that it is acting as a weather station in multiple locations. In addition, NASA’s latest Mars rover, Perseverance, is also now travelling across the surface of Mars, taking measurements also with similar Vaisala technologies. Operating about 2,000 km apart, the two rovers are laying the foundations for an atmospheric observation network, which is needed to better understand and predict the Martian weather.

It is difficult to imagine more challenging conditions than those experienced by the sensors onboard NASA’s rovers, both during the flight and whilst exploring the planet’s surface. In addition to enormous variations in temperature and pressure, the sensors must also be capable of tolerating thick dust and very high levels of vibration.

The Vaisala measurement technologies deployed on Curiosity and Perseverance are essentially the same as those that are in everyday use in almost every industry on Earth, although Vaisala made a slight modification to the pressure sensor in order to accommodate the very low ranges that are experienced on Mars.

Vaisala’s determination to constantly innovate and develop world-leading measurement technologies is underpinned by ongoing investment in product development and research. Driven by scientific curiosity and supported by inhouse expertise and experience, it has been possible to deliver sensor performance that is quite literally out of this world!