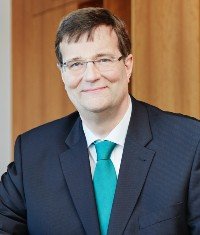 The webinar explored the issues surrounding open data in the context of weather and climate data and services. New government-level policies, such as the European Union Open Data Directive, are likely to have a significant impact on the delivery of meteorological and climate services. There is the potential for unlocking significant socio-economic benefits from the application of such policies.

In the presentation, Prof. Dr. Adrian addressed the implications of open data policies from his perspective as the President of DWD.

GWE FORUM
This was the second of an ongoing series of webinars and other media events organised by the GWE Forum which are likely to be of interest to a broad audience interested in learning more about innovations in accurate weather forecasting and the use of weather-related data to save lives, improve business efficiency, and build social and economic resilience. 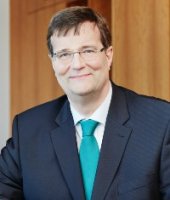 After 19 years of collaboration within the World Meteorological Organization (WMO) bodies and committees, Gerhard Adrian became President of WMO in June 2019.  His main interest is to strengthen the WMO through a sustainable strategic plan and effective and efficient governance structures. He aims to implement the Governance Reform approved the Eighteenth World Meteorological Congress (Cg-18) in a way that preserves the motivation and commitment at all levels and to ensure that all Members can contribute equally to the programmes of WMO.

Gerhard Adrian has served as President of Deutscher Wetterdienst (DWD) since July 2010 and was its Vice-President from 2006 to 2010.  From 1999 to 2011, he was the Head of Business Area Research and Development and Member of the Executive Board of Directors of DWD. Prior to that, from 1997 to 1999, he was the Head of the Mesoscale Climate and Climate Modelling section at the Institute for Meteorology and Climate Research, Karlsruhe Research Centre.

In addition, Professor Adrian has remained active in academia as a professor, lecturer and researcher:

Activities in the governance of WMO