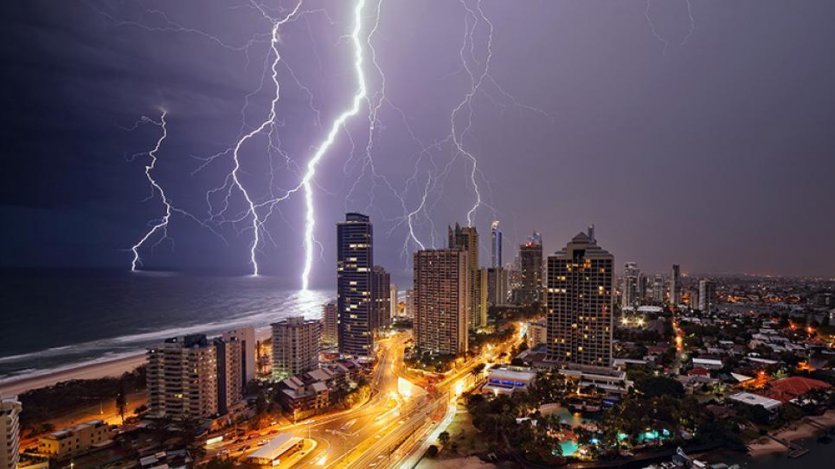 NLDN has been detecting lightning across the United States since 1989, longer than any other lightning detection network. 2020 experienced the most significant year-over-year decrease in lightning detected in its 31 years of operation. Between April and June 2020, NLDN detected 62% fewer cloud-to-ground lightning strokes than between April and June 2019. This is a 52% decrease compared to the average lightning for that time period. Learn more about what could have caused this incredible decrease in lightning.

At approximately 0700 UTC on January 12, 2020, Taal Volcano erupted for the first time since 1977. The eruption sent a plume of steam, gas, and tephra (ash and other particulates) 10-15 kilometers into the atmosphere. The collisions of tephra, water from the crater lake of Taal Volcano, and ice crystals in the eruption plume generated significant amounts of electric charge separation, resulting in volcanic lightning. GLD360 detected more than 34,000 lightning discharges in 14 hours. Read more about volcanic lightning.

The Washington Monument struck by lightning

No one can predict what lightning events will occur in 2021, but Vaisala’s renowned team of lightning experts will be monitoring the data throughout the year. Stay tuned to the Vaisala blog for exciting lightning stories as 2021 progresses and reach out to us with any of your lightning questions. You can reach us at thunderstorm.support@vaisala.com!

Read full story with links
Back To Main Content

A flashy landing in Sitka

On February 21, an Alaska Airlines flight from Juneau, Alaska, to Sitka, Alaska was struck by lightning as it descended into Sitka.