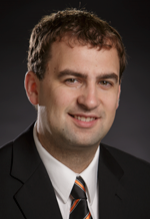 Each year tornadoes can kill or injure hundreds or even thousands of people and cause billions of dollars worth of economic damage.

As with other extreme weather events, they also tend to have a greater impact on less well off areas of the world.

While tornadoes are a global phenomenon, most occur in the United States where in an average year they kill about 70 people and cause some $500 million of economic damage.

While the US has recently experienced one of its worst tornado outbreaks of the past decade, there is no clear evidence that the number and intensity of tornadoes is related to climate change.

Tornadoes form when warm, humid air collides with cold, dry air. The warm air rises through the colder air, creating an updraft and this will rotate rapidly if winds vary sharply in speed or direction.

The average tornado is about 200m wide, moves at about 40km an hour and travels about 8km before dying out. However, massive tornadoes – the ones capable of widespread destruction and many deaths – can roar along at up to 400km an hour. Such giants can be over a kilometre tall. They can tear homes and businesses apart, destroy bridges, flip trains, and send cars and trucks flying. They can uproot trees, suck water from a riverbed, and destroy communications and power infrastructure.

The precise prediction and tracking of tornadoes is not yet a reality. Meteorologists can issue warnings when atmospheric conditions are right for their development. They can use radar to track the path of thunderstorms that might produce tornadoes. But, while modern doppler radars are making it possible to more accurately detect tornadoes, much remains to be done.

However, recent research involving sound could, in conjunction with modern radar tools, significantly increase the accuracy of tornado forecasting.

The research carried out by engineer Brian Elbing, Associate Professor in Mechanical and Aerospace Engineering at Oklahoma State University shows that tornadoes emit low frequency sounds which can be picked up by microphones and help accurately pinpoint the size and location of an impending twister, and so better warn communities.

How to start a weather business