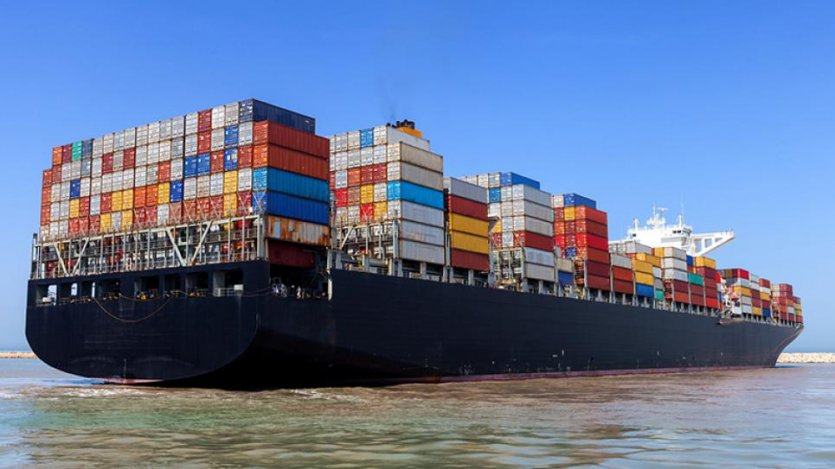 In late March, the Ever Given, a cargo ship that got stuck in the Suez Canal made global news. The 1,400-foot-long cargo ship became jammed diagonally across a southern section of the Suez Canal. The blockage brought the key route that accounts for 12% of global trade to a halt, leaving a total of 367 ships, including dozens of container ships and bulk carriers, unable to use the canal.

The cost of blocking the canal for nearly a week and disturbing global shipping markets clocks in at around $1 billion. This is how much Egypt said it may seek in compensation because of losses linked to transit fees, damage to the waterway during dredging and salvage efforts, and the cost of equipment and labor.

But that’s not all. This total doesn’t even include damages for the owners of more than 400 vessels that were delayed by the event, nor compensation that could be sought by companies whose materials or products were on those ships.

The crisis in the Suez canal shone a light on the issue of massive cargo ships in ports; however, this isn’t a new problem. To address the increase in global trade over the past several decades, shipping lines have also increased the size of their ships to transport even more containers than before. It not only aims to reconcile economic concerns but also increase efficiency and drive down costs.

Even so, the advantages of these ULCVs are mostly enjoyed by the carriers. Ports, on the other hand of the equation, experience increased costs to accommodate these larger ships by deepening their harbors and buy new terminal operating equipment. There are also perceived benefits of ultra-large container vessels (ULCV) that outweigh the risks.

Weather can crucially impact the entire voyage of a ULCV. Because of this, and to realize the advantages over the risks, ULCVs must be supported by best-in-class weather observation and nowcasting technologies.

But incidents like the one involving the Ever Given at Suez Canal are still happening. So, why did the ship deviate from its course and run aground? Was it because of a severe dust storm, with gusting winds of 30 knots – which likely could have been avoided with the right weather observation equipment? Or was it just a human error? Quite possibly, it was a combination of both of these reasons.

How ultra-large container vessels can weather the storm

Ports are making way for these ships – but that doesn’t mean they are necessarily in the clear. These ULCVs are facing new challenges in ports that are specific to weather and out of their control. Wind is the largest weather challenge in ports – and the cause of many shutdowns in major ports throughout the year, especially in Asia. Sudden changes in wind speed and direction make it difficult to maneuver large ships, risking collisions plus the high cost of delays and repairs.

ULCVs are capable of carrying 10,000 or more cargo containers. A major problem with ULCVs is that these towering stacks of cargo containers simply cannot withstand strong winds, causing vessels to lose dozens or even hundreds of containers. Weather is a frequent factor that contributes to container damage or loss overboard during a voyage. In fact, the ONE Apus is the most recent container collapse incident, which lost more than 1,900 boxes when it encountered a violent storm.

But containers are not the only concern: the safety of port and terminal operators, as well as damage to port equipment and loss of operations, are also at risk.

With ships this large, more accurate weather observation data is a necessity

With more ULCVs on the waters than ever before – and possibly even the world’s largest and most expensive ships on the horizon – preparation for weather awareness is key. With improved weather observation data, ships and ports can prepare themselves for what’s to come and shut down operations before it’s too late (and reopen as soon as possible). But the right technology is crucial.

“The traditional methods for observing the weather – and the wind specifically – are simply not sufficient anymore,” says Mikko Nikkanen, Head of Maritime at Vaisala. A vessel of this size cannot be operated safely enough with traditional wind sensors. For example, the distance between bow and stern alone can be the length of a football field – and the wind impact might be different at the other end. The same problem applies on a much broader scale to large ports’ entry areas, which can be tens of kilometers in reach in total.

Some of Vaisala’s weather observation systems can address these issues, offer a holistic picture of wind conditions, and reduce risks at ports.

Using a network of weather stations that covers critical points around a port offers valuable, highly accurate, and crucial data for decision making. And sharing these observations with ships, port authorities, coastal VTS (vessel traffic services), and terminal operators can provide the peace of mind needed to make efficient decisions. In the long run, this data could be the difference between lost cargo, blocked ports, or unsafe operations – and a successful shipping journey.

View full story at Vaisala
Back To All News