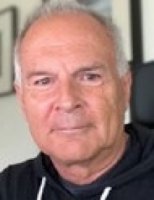 Dr. Rogers is President of the Health and Climate Foundation (HCF), an international non-profit organization dedicated to finding solutions to climate related health problems and supporting partnerships between health and climate practitioners. Prior to founding HCF, Dr. Rogers held various appointments in government, the private sector and academia. These include Chief Executive of the UK Met Office; Vice President, Science Applications International Corporation; Director of the Office of Weather and Air Quality at the US National Oceanic and Atmospheric Administration; Director of Physical Oceanography at Scripps Institution of Oceanography, and Associate Director of the California Space Institute, University of California, San Diego, USA. Currently, Dr. Rogers is a senior advisor to the World Bank on modernizing National Meteorological
and Hydrological Services. 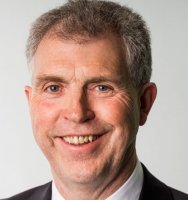 Peter is Chief Executive of New Zealand’s national meteorological service and its designated Permanent Representative with the World Meteorological Organization. His background is in the business of science, leading key science & technology innovation programmes for both New Zealand and Scotland. Achievements include creation of the Southern Hemisphere’s largest Ag/Bio fund, and rolling out the UK’s biotechnology cluster programme. Peter has also led trade operations across Europe, in the Middle East and the Americas. 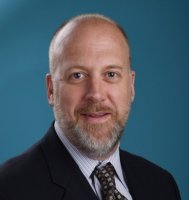 Mr. Anderson is focused on the international and domestic expansion of the company and meeting the weather and environmental monitoring needs for a number of vertical market stakeholders, including government agencies, aviation, energy and mining. Mr. Anderson joined the company in 2002 and launched the business efforts in the energy, public safety, federal government and commercial verticals.

Previously, Mr. Anderson was a principal consultant at American Management Systems, where he helped launch the energy and utilities practice. Prior to that, he conducted economic and public policy research in the agriculture and environmental sectors.

Following studies for a PhD from University Innsbruck, Austria and Flinders University, South Australia, Michael Staudinger joined ZAMG in 1983, and worked as a weather forecaster. He managed the Regional ZAMG office for Salzburg and Upper Austria and the high altitude research Observatory Sonnblick and the Salzburg Avalanche Warning Centre from 1997 to 2010. Since 2006 Michael Staudinger was responsible for the METEOALARM Programme of EUMETNET. Since 2010 Director General of ZAMG, the
Austrian national Meteorological Service. 2012 till present President of ECOMET, an EIG providing meteorological data of 26 National Meteorological Services for re-use applications to the public and the industry. 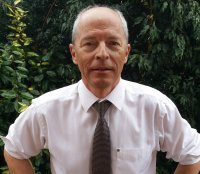 Patrick Benichou is a senior engineer and graduated from École Nationale de la Météorologie (1982). He also has an Executive MBA from HEC-CPA Paris (2000). He joined Météo-France in 1982 where he worked for almost 20 years as climatologist, data assimilation expert, and National Program Manager for Synergie Forecast workstation system. In 1999, he was appointed as Deputy Director of Operations in Météo-France, before setting up Meteo France International (MFI), Météo-France subsidiary for International Development. Since 2002, he is the founder and Chairman of MFI. MFI positioning is still unique in the world, i.e. design and implementation
of integrated projects for the benefit of national meteorological services.

This GWEF webinar explored the issues surrounding open data in the context of weather and climate data and services.