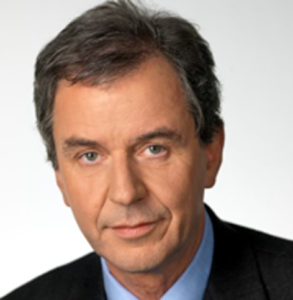 Michael Staudinger is the Director of the Central Institute of Meteorology and Geodynamics (ZAMG), which is Austria’s national meteorological & hydrological service. He is also the Permanent Representative of Austria to the World Meteorological Organisation, and President of the WMO Regional Association VI (Europe).

Following studies for a PhD from University Innsbruck, Austria and Flinders University, South Australia, Michael Staudinger joined ZAMG in 1983, and worked as a weather forecaster. He managed the Regional ZAMG office for Salzburg and Upper Austria and the high altitude research Observatory Sonnblick and the Salzburg Avalanche Warning Centre from 1997 to 2010. Since 2006 Michael Staudinger was responsible for the METEOALARM Programme of EUMETNET. Since 2010 Director General of ZAMG, the
Austrian national Meteorological Service. 2012 till present President of ECOMET, an EIG providing meteorological data of 26 National Meteorological Services for re-use applications to the public and the industry.

LISTEN TO PODCAST
View Contributor Profile Back To Main Content

The threats & challenges facing public health from extreme weather & climate change, and the potential opportunities for business, academia and the public sector to help mitigate and manage them.