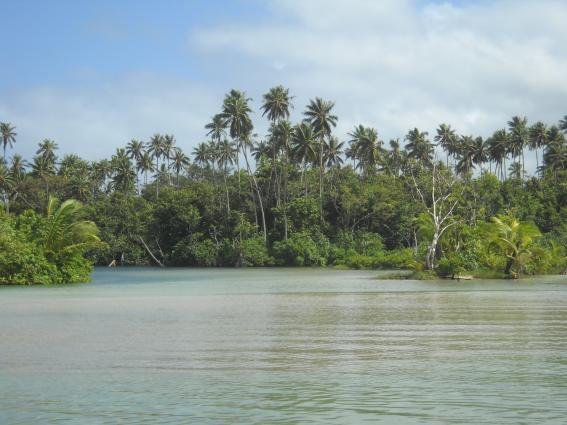 New project scales up early warning systems in the Pacific

It will enhance the effectiveness and inclusiveness of Regional Early Warning Systems (EWS) for local and vulnerable populations in Pacific Islands, improving early warning capabilities of national and regional hydro-meteorological centers and strengthening existing governance structures.

Of the 4.3 billion people living in Asia Pacific, it is the 2.3 million inhabiting the Pacific’s Small Island Developing States (SIDS) who face the highest level of disaster and climate risk. The Asia Pacific Disaster Report 2019 rates the risk level as 3 to 4 times that of any other population in the entire region. The Pacific is on the frontline of the climate crisis.

CREWS Pacific SIDS 2.0, as it is known, is the second regional CREWS project in the Pacific and seeks to strengthen existing early warning systems that are part of the region’s stronger and more comprehensive human security and resilience agenda.

The four-year US$ 4.8 million project is expected to be completed in December 2024, and is  jointly implemented by WMO, the UN Office for Disaster Risk Reduction (UNDRR), and the World Bank Global Facility for Disaster Reduction and Recovery (WB-GFDRR).

“Pacific Small Island Developing States greatly appreciate the assistance from the CREWS Secretariat to upscale the NMHSs and Disaster Managers Early Warning Systems effectiveness and reliability to the Pacific community,” said Ofa Fa’anunu, President, of WMO Regional Association V (South-West Pacific) and chair of the launch event, which was attended by more than 50 participants from throughout the region.

“Proportionally to the impact of climate change in SIDS, a mere 2.2% of related finances are targeted to these nations. CREWS focuses its long-term financing exclusively on these vulnerable countries,” said John Harding, Head of the CREWS Secretariat.

The project is structured around five main components:

Throughout the duration of the project, WMO, UNDRR, and WB-GFDRR, along with regional partners, the Secretariat of the Pacific Regional Environment Programme (SPREP), Secretariat of the Pacific Community (SPC) and the Australian Bureau of Meteorology (BOM) will implement various activities in the region including tailored trainings on weather, water and climate products and systems, community-based EWS activities to assist selected communities with their early warning efforts, and enhanced EWS communication and awareness programs with a focus on inclusivity and reaching the “last mile”.

Filipe Lucio, Director of WMO’s Regional Strategic Office stated, “The CREWS Pacific SIDS project will enable the communication of more effective warnings to communities, focusing on gender and vulnerable groups, which will facilitate identification of appropriate actions by supporting the four pillars of an effective end-to-end early warning system.”

The event also included a round table discussion, which was facilitated by Andy McElroy, Head of UNDRR Pacific sub-regional office, and brought together experts in meteorology, hydrology, climate services and disaster management to share their experiences on EWS in the region, and their efforts in improving and enhancing their services for the betterment of their communities in response to hydro-meteorological disasters.