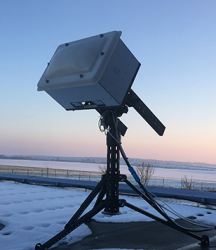 The BASTA is a cloud radar (95GHz) dedicated to cloud and fog observation. Unlike Pulsed Radars that allow excellent performances but are very expensive, The BASTA uses a less powerful (0,5W) transmitter turning the solution more affordable. Technology The lack of power of the transmitter is compensated by FMCW (frequency modulated continuous wave) Technology and associated signal processing treatment.

BASTA enables to obtain the vertical distribution of clouds and the hydrometeors sedimentation speed. Designed with several operating modes allowing vertical resolutions from 12.5 m to 100 m. Each resolution corresponds to a field of study, the 12,5m resolution is adapted to fog and precipitation studies, the 100 m mode is much more fitted for high clouds observation.

An intermediary mode is available. This innovative and brand new radar measures the reflected energy of the hydrometeors and can be linked to the water content of the cloud. The less the resolution is in distance the best the radar sensitivity will be. The Doppler capability of the instrument allows to measure the velocity of the hydrometeors. Last but not least it is also possible to assess the size of droplets and ice crystals. 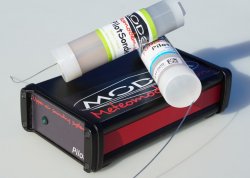 Improve your wind measurements with the Pilotsonde.

This tiny GPS radiosonde without Temperature and Humidity sensors is the new advanced technology alternative to theodolite optical devices to perform Pilotsounding and developed by Meteomodem since 2013.

No more troubles with ascent prediction and monitoring or even data quality, our reliable system enables accurate and relevant automatic measurement of Wind Direction, Wind speed, Pressure and Altitude.

The Pilotsonde is easily deployable in the field, the station is powered directly by the USB port of the PC , this allows measurement continuity without interuption risks linked to a power failure.

Allowing flight real time display as well as the automatic generation and transmission of messages (ability to send messages by SMS) and report.

In addition no adjustment is required for the proper operation of the instruments.
This brand new and affordable product makes the measurement procedure easier while improving the data quality. 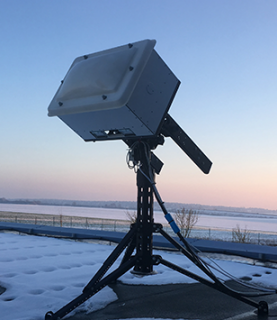 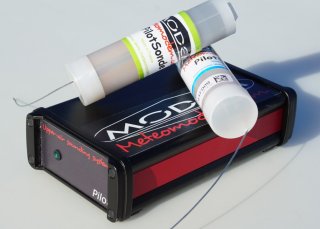 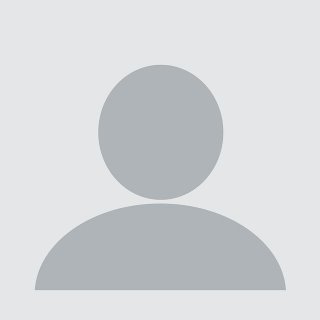