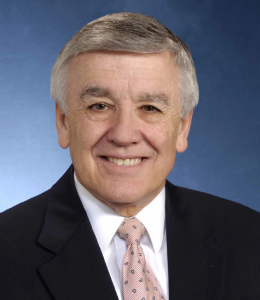 Presentation given at InterMET Asia 28 March 2019 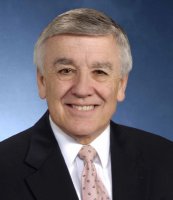 Recognized as a national leader in the production and delivery of weather information and services, Dr. Hayes served as the director of the United States National Weather Service. His proactive leadership of the agency’s 4,600-person workforce maintained the US as a world leader in severe weather detection and warning for hurricanes, tornadoes, floods and other environmental threats. He also transformed weather services for FAA air traffic management and established long-lasting international space weather partnerships.

While the NWS director, he also served as permanent representative of the United States with the UN’s World Meteorological Organization (WMO), a global partnership that collects and exchanges weather information for weather forecasts and warnings. He strengthened bi-lateral agreements with Korea, Canada, Russia, China, and developed strong partnerships with the United Kingdom, and several countries in Central and South America.

Dr. Hayes previously served as director of the World Weather Watch Department for the WMO in Geneva, Switzerland and coordinated multilateral strategies to improve NMHS weather observations and forecasts in WMO member countries.

Dr. Hayes had a distinguished U.S. Air Force career, capped off by serving as Commander of the Air Force Weather Agency, where he was responsible for centralized products and services supporting Air Force and Army operations throughout the world.