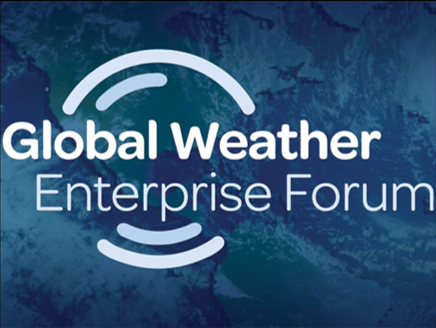 The inaugural Global Weather Enterprise Forum (GWE Forum) webinar on the latest developments in Numerical Weather Prediction (NWP) took place on Tuesday 30 June, attended by some 170 participants, and was a great success.

Professor Tim Palmer of Oxford University shared his vision of the way global ensemble forecast systems should develop in the presentation: ‘A Vision for Numerical Weather Prediction in 2030’, and addressed the question: ‘How many global ensemble systems do we need worldwide?’.

The focus was primarily on extreme event prediction for the developing world and what, in particular, it needs for proactive disaster preparedness schemes like forecast-based finance to flourish in the 2030s.

The presentation was followed by a panel discussion and Q&A session. The panelists were Alice Soares, Dr. Lars Peter Riishojgaard and Professor Alan Thorpe. 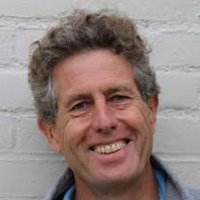 Tim Palmer is a Royal Society Research Professor in Weather and Climate Physics, in the Department of Physics at the University of Oxford. Prior to that he worked at the European Centre for Medium-Range Weather Forecasts and the UK Met Office, where he pioneered the development of ensemble weather and climate prediction.

He has won the top prizes of the European and American Meteorological Societies, and in 2020 was elected an International Member of the U.S. National Academy of Sciences. Tim’s PhD was in the field of general relativity, an area where he remains active. 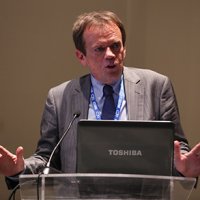 Dr. Lars Peter Riishojgaard is the Director of the Earth System Branch in the WMO Secretariat with responsibility for the operational aspects of all numerical modeling activities and for the marine, hydrologic and cryosphere components of the WMO Integrated Global Observing System (WIGOS).

In addition, He is leading the Secretariat support for the review of WMO’s data policy resolution and the development of the regulatory material required to implement the Global Basic Observing Network (GBON). He has a long-standing interest in using numerical weather prediction systems and methods to assess data impact and help establish user requirements for new observing systems.

Alan is currently a Visiting Professor at the University of Reading following on from being the Director-General of the European Centre for Medium-Range Weather Forecasts between 2011 and 2015.

Alan has wide-ranging public sector and private sector experience which he will bring to the role. He is a former Chief Executive Officer of the Natural Environment Research Council, the founding Director of the National Centre for Atmospheric Science and a Professor of Meteorology at the University of Reading.

Alan was appointed as an OBE in 2016, has honorary degrees of Doctor of Science from the universities of Warwick, Birmingham, and Reading and was awarded Honorary Fellowship of the Royal Meteorological Society in 2018.

He is also involved with the Global Facility for Disaster Reduction and Recovery of the World Bank and the Global Weather Enterprise Forum. He provides scientific advice to Spire Global.

As a senior advisor to the World Bank, Ms. Soares assists in assessing the capacity of National Meteorological and Hydrological Services, and in preparing modernisation projects in developing and least developed countries of Southeast Asia, South Asia, South Eastern Europe, and Northern Africa and Middle East. For the Government of Myanmar, she has been advising on all aspects of the operations of hydrometeorological services, liaison with users, as well as on the organizational and institutional aspects.

How to start a weather business

If you're working on a weather-related technology innovation you want to use as the basis of a start-up business, then how can you go about turning your idea into a commercially viable venture?