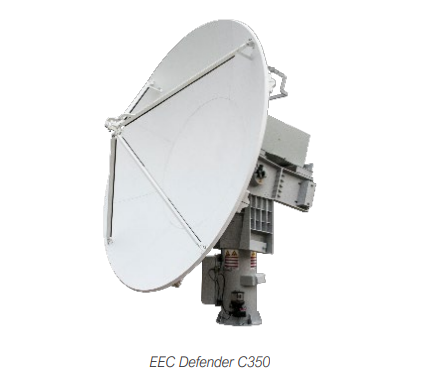 During the first half of 2021 EEC was awarded multiple contracts through separate international tenders to deliver several advanced weather radar systems to Indonesia. Working closely with in country partners at PT Era Elektra Corpora Indonesia, contracts were secured to deliver 3 XBand and 1 C-Band systems to the Badan Meteorologi, Klimatologi, dan Geofisika (BMKG), and the Indonesian National Hydrometeorology Agency.

First, EEC will deliver a Ranger-X5© Solid State Weather Radar System to the BMKG office in Palu to support the service information and early warning system in the Central Sulawesi region. This new 100% solid-state X-Band radar will replace an existing non-operational radar damaged by the catastrophic earthquake of 2018. “With its ability to accurately monitor weather phenomena in real time, the Ranger-X5© will be an essential tool to accelerate BMKG’s early warning decision, allowing alerts to be quickly conveyed to the public and reducing the impact of losses caused by hydrometeorological disasters” notes Rich Stedronsky, EEC’s CEO. “EEC has delivered numerous Ranger-X5© radars to the BMKG over the past 5 years, and we are excited to add this new system to their ever-expanding network.”

Additionally, two Ranger-X5© Terminal Doppler Weather Radar (TDWR) Systems will be installed at the new Yogyakarta International Airport (YIA), inaugurated in 2020, and the Sultan Hasanuddin Makassar International Airport (UPG). These TDWR systems are designed to improve flight safety and operations by detecting, identifying, and locating severe weather phenomena such as microbursts, gust fronts, and wind shear when precipitation occurs along and near the runway. This data will be used to generate severe weather forecasts and early warnings for the airports.

Finally, EEC will also deliver a new Defender C350 Doppler Weather Radar to BMKG in Samarang, to provide valuable weather radar information in support of their early warning information services in the Central Java Region. “This system will replace an obsolete and unsupported system, which is currently non-operational,” said Tim Cookes, EEC’s Regional Sales Manager for the Asia/Pacific territory. “The BMKG’s two primary objectives with this system will be to not only increase the accuracy of public services, but also expand and enhance regional flight services.” Public services include information on current and future weather conditions, as well as extreme weather conditions that can lead to disasters. Flight services include the monitoring of weather conditions at the airport during takeoff, landing, and enroute, as well as during extreme weather phenomena with the potential of causing aviation accidents.

Delivery and installation of these four new weather radars is scheduled to occur in late 2021 - early 2022.

View EEC profile
Back To All News