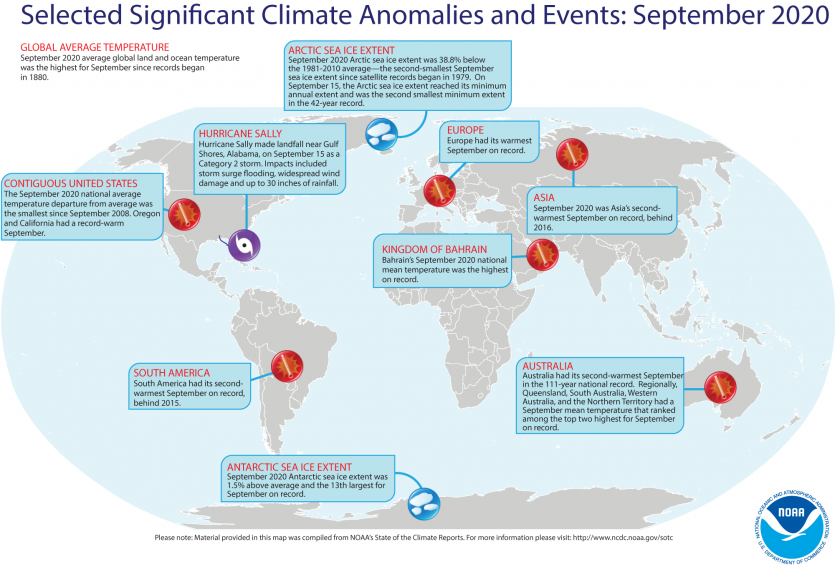 Earth just had its hottest September on record

With 3 months left, 2020 could rank among three-warmest years on record for globe

Unprecedented heat around the world vaulted September 2020 to the hottest September since 1880, according to scientists at NOAA’s National Centers for Environmental Information.

The month's warmth also contributed to 2020’s trend as a remarkably hot year, with the year-to-date global temperatures running second highest in the 141-year climate record.

Below are more facts and stats from NOAA’s latest monthly global climate report:

Climate by the numbers

This surpasses the average global temperatures for both September 2015 and 2016 by 0.04 of a degree F (0.02 of a degree C), which previously tied for the hottest Septembers on record.

The year to date | January through September 2020