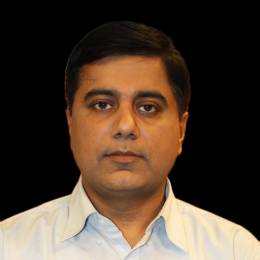 Urban Flooding and Threats to Sustainable Development: A Study of Srinagar and Chennai Floods

Presentation given at InterMET Asia 28 March 2019

The devastating floods in Srinagar and many other districts in Jammu, Kashmir in the first week of September, 2014 changed the discourse on disaster management in India. It killed 287 people, fully or partially damaged more than two-lakh homes and displaced lakhs of people. Fourteen months later, the spectre of floods returned to haunt India when large parts of the Chennai metropolitan area and adjoining districts faced the brunt of unprecedented deluge in November and December, 2015.

Like in the case of Kashmir floods, it too severely affected human life and destroyed both public and private property worth billions of dollars. Both these natural disasters highlighted the fault lines in India’s disaster management strategy and exposed the weaknesses in its disaster relief and response mechanism, especially in its burgeoning urban centres.

The paper would be centred on an empirical study of the scale of devastation unleashed by both Jammu and Kashmir and Chennai floods. In fact, both Srinagar and Chennai flood incidents have exposed the vulnerability of India’s major urban centres to combat natural disasters. The rampant encroachment of lakes and illegal constructions along river banks are increasingly threatening the resilience of Indian cities to fight natural disasters.

The gradual rise in climate and weather-related disaster incidents makes it incumbent for India to initiate urgent steps to strengthen the existing legislative framework to deal with this threat at both national and state level, create new institutions like a National Disaster Medical Response Force, strengthen the capability of existing institutions like National Disaster Response Force by raising new battalions and launch effective disaster mitigation measures. India also needs to adopt a multi-dimensional approach by incorporating a disaster risk management vision in its urban development strategy to counter the rising threat of urban flooding. 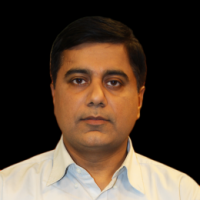 Himanshu Shekhar Mishra works as Editor (Government Affairs) in New Delhi Television (NDTV). He is also a member of the Network of Asia-Pacific Schools and Institutes of Public Administration and Governance (NAPSIPAG). He was part of Prime Minister&#039;s official entourage to the UN Annual Summit in New York (September, 2003) and also to Indo-Turkish Summit in Ankara and Istanbul (2003). He has also covered Prime Minister’s official visits to Pakistan (January, 2004) and Afghanistan (August, 2005). As a TV news correspondent, he has extensively covered important developments in Indian Parliament, Politics and Government Affairs since December, 2000. He has also reported and researched on issues related with disaster management.

He has presented research papers on Jammu and Kashmir floods of September, 2014 and issues related with disaster management at the 3rd United Nations World Conference on Disaster Risk Reduction in Sendai, Japan in March, 2015; ASEAN University Network conferences in Manila (2015) and Kuala Lumpur (2016); BRICS Symposium in Fudan University, Shanghai (2017); International Conference on Governance for Sustainable Development in Colombo (October 06-07, 2018); international conferences in Indian Institute of Technology, Roorkee and Jawaharlal Nehru University, New Delhi; and at the second and third World Congress on Disaster Management held in Vishakhapatnam (2015 and 2017). He also travelled to Seoul, South Korea in November, 2017 to present a Paper on Crises Communication and Disaster Sensitive Journalism at an international workshop there. His research paper titled “Interrogating Right to Compensation in Disaster Laws: A case study of Kashmir Floods” was published in a volume edited by Prof. Dr. Amita Singh titled “Disaster Laws, Emerging Thresholds”. It was published by Routledge in July, 2017.