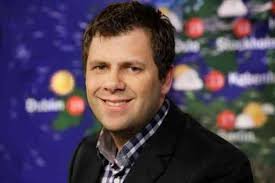 His responsibilities include weather forecasting for the Norway and Arctic areas, media forecasts, aviation forecasts and pollution forecasts. His other areas of expertise include TV presentation, and the Diana (DIgital ANAlysis) open source weather visualisation workstation system.

Urban Flooding and Threats to Sustainable Development: A Study of Srinagar and Chennai Floods.