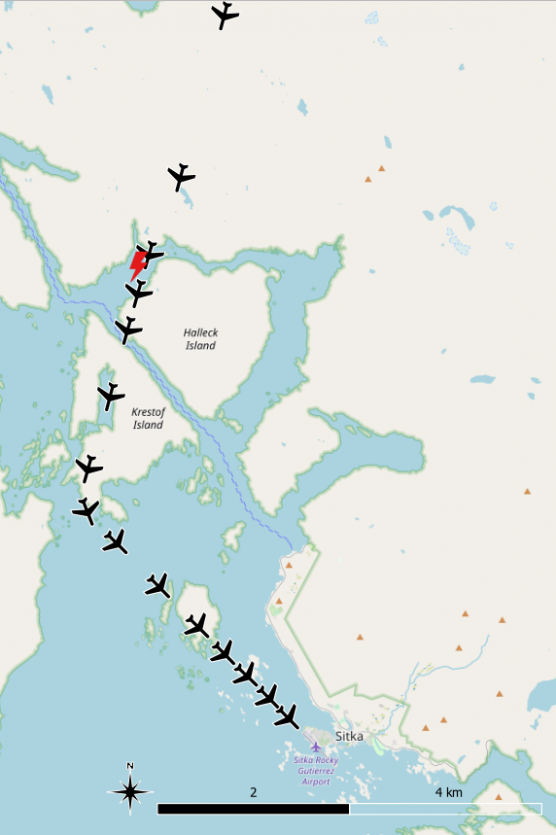 A flashy landing in Sitka

On February 21, an Alaska Airlines flight from Juneau, Alaska, to Sitka, Alaska was struck by lightning as it descended into Sitka. The plane has since been taken out of service for inspection. Aircraft are estimated to be struck by lightning about once every one-thousand flight-hours, so hearing that a plane was struck isn’t a big surprise. Modern aircraft have lightning protection built-in as part of their design and most of the electric charge dissipates as it travels around the skin of the aircraft – so passengers and crew are safe from electric shock.

Naturally, when I read about the plane being struck by lightning, I decided to look at the data – and not just the lightning data. Join me as I look at the aircraft location data, upper air measurements, and lightning data, to examine this event in more detail.