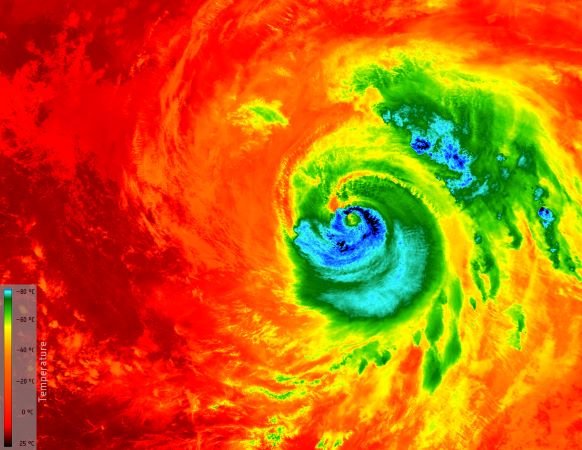 Record-breaking heat and rainfall, devastating fires and debilitating drought were among the extreme weather, climate and water events of 2021, with human, economic and environmental impacts which will far outlast the calendar year.

According to the World Meteorological Organization, the past seven years are on track to be the seven warmest on record.  A cooling La Niña event at the start and close of 2021 had a short-lived and minor effect on global temperatures but did not reverse, the long-term warming trend as a result of record greenhouse gas concentrations from human activities.

“The combined  impacts of natural climate variability and  climate change once again unfolded before our eyes throughout 2021. Supercomputing power and satellite technology helped us to forecast and monitor many of the extreme events, whilst scientific ingenuity boosted our understanding of the enormity of the accompanying changes in our climate system,” said WMO Secretary-General Prof. Petteri Taalas.

“Economic losses are mounting as exposure increases. But, on the positive side, improved multi-hazard early warning systems have led to a significant reduction in mortality,” he said.

“However, there are gaps in the meteorological observing networks in many Least Developed Countries and Small Island Developing States. The Systematic Observing Financing Facility (SOFF) seeks to mobilize resources to strengthen these networks and to fill the the large gaps in basic weather and climate data, which are central to weather forecasts, effective adaptation efforts and investments.”

“There is also a growing need to invest in monitoring of greenhouse gas budgets by using on ground-based, satellite and simulation models for better understanding the sinks, sources and behavior of carbon dioxide, methane and nitrous oxide,” said Prof. Taalas.

WMO monitors the state of the global climate and records extreme events, which claim thousands of lives every year. This was once again highlighted by Typhoon Rai (known as Odette in the Philippines) which made landfall in the Philippines on 16 December as the equivalent of a top-level Category 5, leading to several hundred casualties and widespread devastation in a country which is regularly hit by tropical cyclones. Rising sea levels and more intense precipitation patterns have increased impacts.

Many – but not all – extreme events bear the footprint of climate change. Thus, a heatwave in Canada and adjacent parts of the Northwest USA pushed temperatures to nearly 50°C in British Columbia, Canada at the end of June, caused hundreds of heat-related deaths and fuelled devastating fires. The same region was then hit by exceptional rainfall and flooding in November.

Death Valley, California reached 54.4 °C during one of multiple heatwaves in the southwestern USA in July. Many parts of the Mediterranean experienced record temperatures in August. Sicily reached 48.8 °C, a provisional European record. Major wildfires occurred across many parts of the region with Algeria, southern Turkey and Greece especially badly affected.

Extreme rainfall hit Henan Province of China from 17 to 21 July. The city of Zhengzhou on 20 July received 201.9 mm of rainfall in one hour (a Chinese national record) and 720 mm for the event as a whole, more than its annual average.

Western Europe experienced some of its most severe flooding on record in mid-July. Parts of Germany and Belgium received 100 to 150 mm over a wide area on 14-15 July over already saturated ground, causing flooding and landslides and more than 200 deaths.

Persistent above-average rainfall in the first half of the year in parts of northern South America, particularly the northern Amazon basin, led to significant and long-lived flooding in the region. The Rio Negro at Manaus (Brazil) reached its highest level on record. Floods also hit parts of East Africa, with South Sudan being particularly badly affected.

Significant drought affected much of subtropical South America for the second successive year. Rainfall was well below average over much of southern Brazil, Paraguay, Uruguay and northern Argentina. Drought also contributed to a humanitarian crisis in parts of the Horn of Africa, including Somalia, and in Southern Madagascar.

Many of the impacts of climate change are felt through water, such as flooding, drought and accelerated glacier melt. WMO has established a Water and Climate Coalition for enhancing global water related services, infrastructures and multi-hazard services, embracing meteorological, hydrological and climate services as an Earth system unity. It has also established a high-level panel consisting of heads of states, ministers, the private sector and youth representatives to give guidance to the coalition.

“Much more remains to be done. Throughout 2022, WMO will continue its work to strengthen early warning systems, close the gaps in weather and hydrological observing networks in developing countries, and save lives and livelihoods,” said Prof. Taalas.

Full story at WMO
Back To All News